It has been 3 days since civilian Joe Blogs has been taken by local separatist forces. His last known location is the town of Gorka in Chernarus. The town has long been evacuated due to local unrest and is believed to only be occupied by enemy forces.

Undulating terrain with intermittent tree cover and a variety of building. Surrounded by forest to the north and sweeping fields to the south and east. 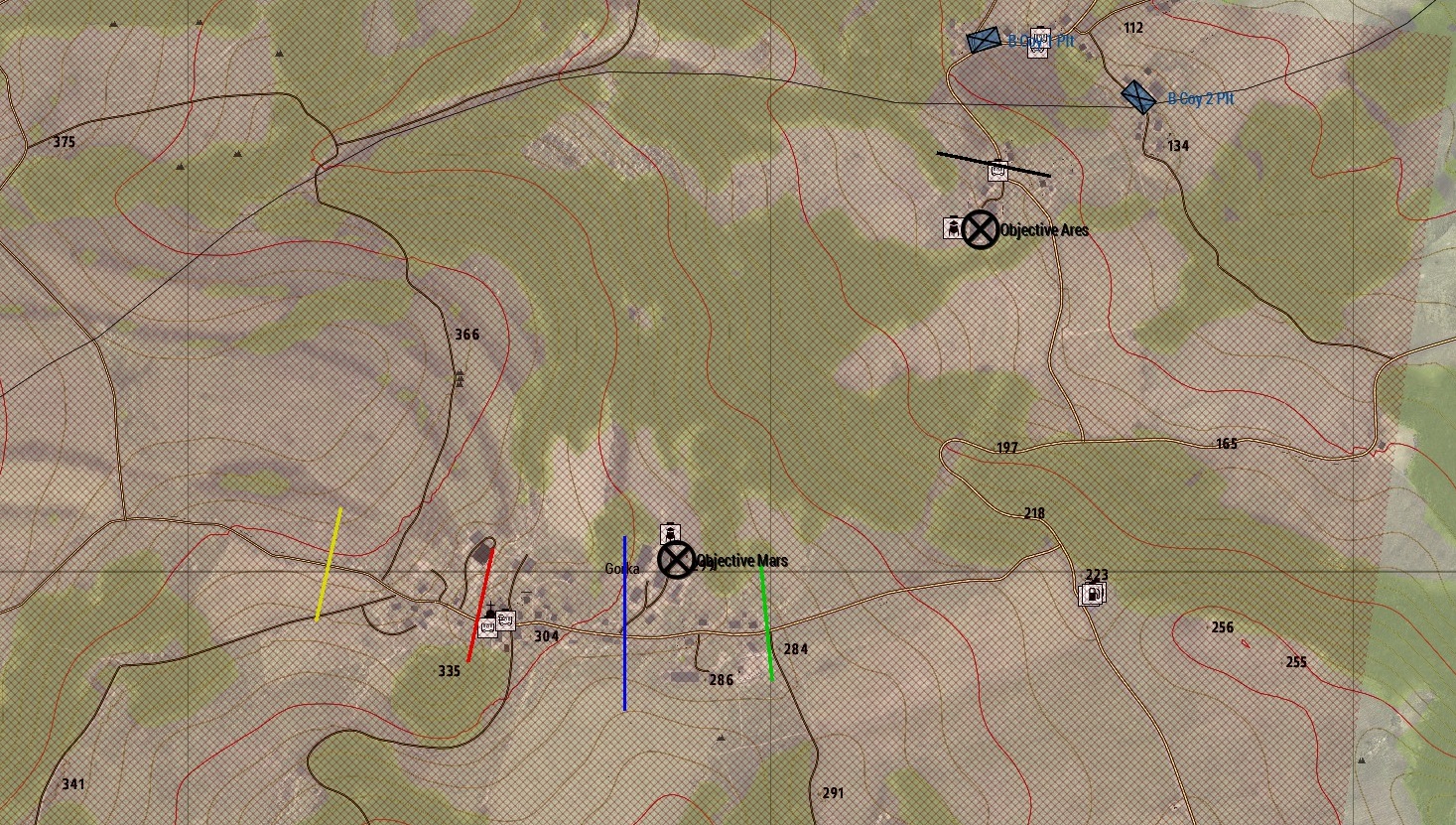 Morale is assessed to be incredibly high, these men fear nothing and will stand their ground no matter the threat in front of them.

B Coy have been pulled from their own manoeuvres in the north to assist, they have their own tasking but will act as QRF if needed and halt any escape by the enemy to the north.

Company will depart Camp Freddie and head towards the West side of Gorka, disembarking vehicles at a sensible distance and proceeding on foot to Phase line Yellow.

We will strategically and methodically clear through all sectors, 1/1 to take north of the MSR and 1/3 to take south. Searching for Mr Blogs as we go. His most likely whereabouts is marked as Objective Mars. Reports suggest a enemy lightly fortified position and also a circa 1950's AA truck, making infil by helicopter unsuitable. Being an old and slow mechanical system, it possesses little/no threat to fixed wing assets.

Once we reach PHASE LINE BLUE a full assault on to Objective Mars will be undertaken. Once cleared of all enemy presence, controlled detonation is to be performed on all enemy assets. Mr Blogs can be identified by his civilian clothing and hopefully a camera in hand should he be able to keep hold of it. Should Mr Blogs not be located at Objective Mars, the enemy is attempting to extract him to sympathising forces north east. B Coy will have halted their escape and he will be most likely held at Objective Ares.

Enemy can be expected from the east shortly after the assault. If capable this will be destroyed by fixed wing assets.

Company will move through the forest to the north on to objective Ares. 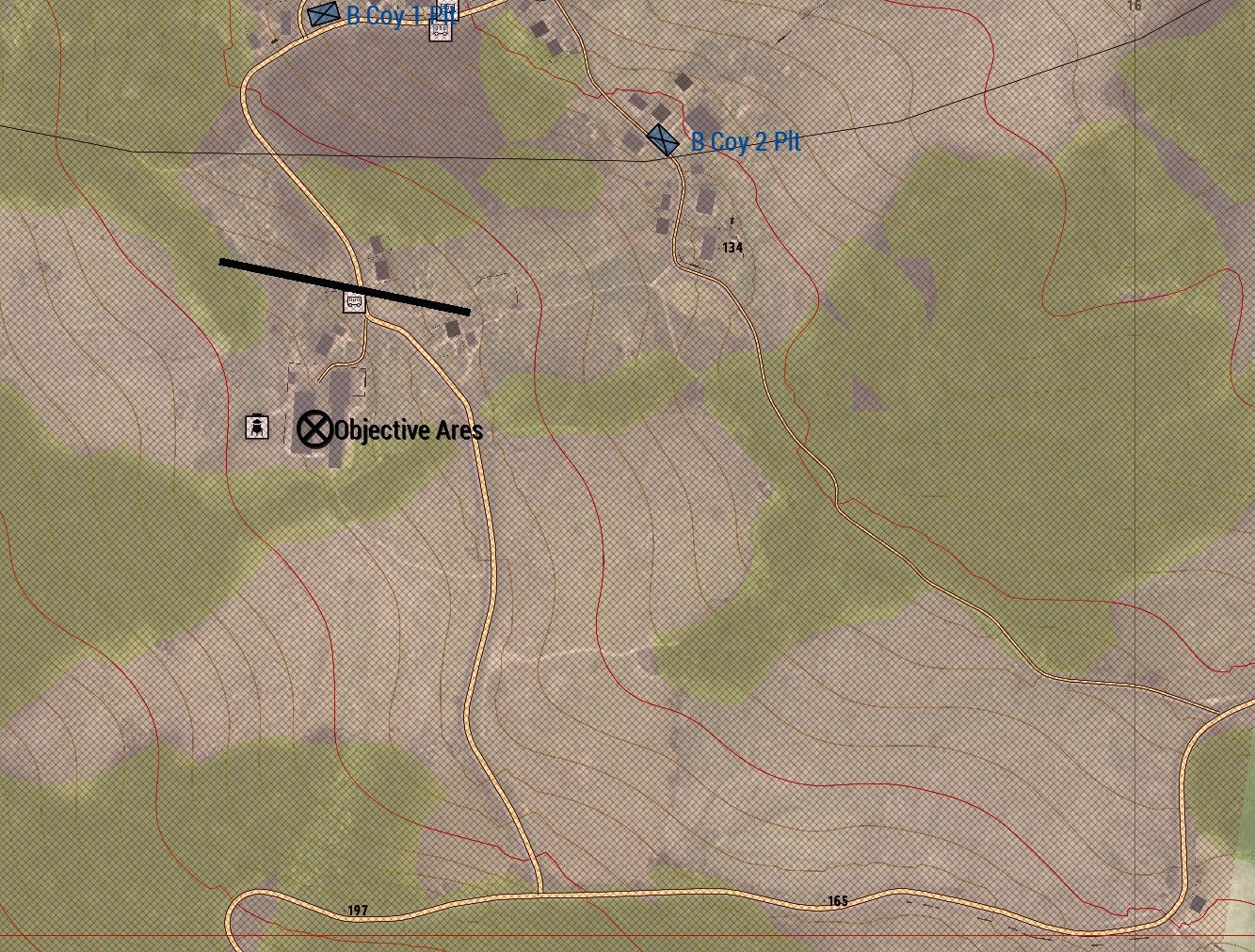 Back to camp for tea and medals.

There are no comments to display.